The worst race-inspired rebellions in the United States occurred in the mid-1960s, ironically after the Civil Rights Act of 1964 and the Voting Rights Act of 1965 were signed into law by President Lyndon B. Johnson. But was it truly irony? The most wide-eyed optimists declared that those actions were at least steps in the right direction. The most dreary pessimists deemed them as meaningless. From some corners in today’s society both groups felt the same in 2008 and had identical points of view in 2016.

Is there agreement in any segment of the American thought process? If you observe social media posts; listen, watch and read the constant babble from media prognosticators; or engage the seemingly endless spin from politicians and their self-appointed partisan experts, you will find yourself caught in a whirlwind of utter confusion. Or, if you eschew any of that and follow common sense, you might find a path to closure.

You could choose to view bad as being bad and never look for good. Unfortunately that is today’s state of affairs. 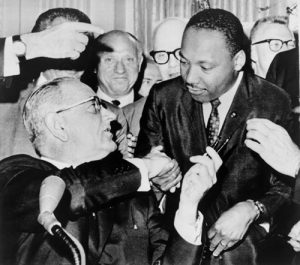