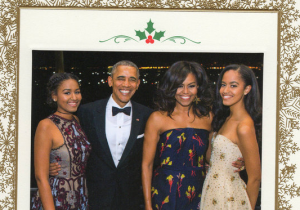 The short life of Lyndon Johnson’s presidential administration in the mid-’60s experienced more substantial legislation than any in the history of America. Civil rights, focus on the aging population and children, and education across the board were spotlighted in ways that no other president before Johnson and since him has brought about—more than fifty years ago. But his voice of reason was drowned out by the Vietnam War and racial tension.

President Barack Obama is leaving office on January 20 having accomplished a number of notable achievements that will change America’s landscape for many generations; signing a health care bill that covered more citizens than ever and taxed the country less, fought for legal protection for individuals with diverse lifestyles, and named an unprecedented number of female justices to the Supreme Court. His work to bring the country from the brink of another Great Depression was lauded by many. But his post-presidential tone is being ignored for a number of reasons by many who claim to be his greatest supporters from both sides of the racial landscape. Just like President Johnson, for President Obama it seemed as if it was “damned if you do, damned if you don’t.”

Johnson and Obama can be given credit for transforming America both politically and socially. Unfortunately, they will be scorned by a citizenry that refuses to leave its places of cultural comfort to begin a process of settling centuries of ugly, un-Godly and murderous behavior. Few people wanted to listen to Johnson and even fewer hear Obama’s voice.